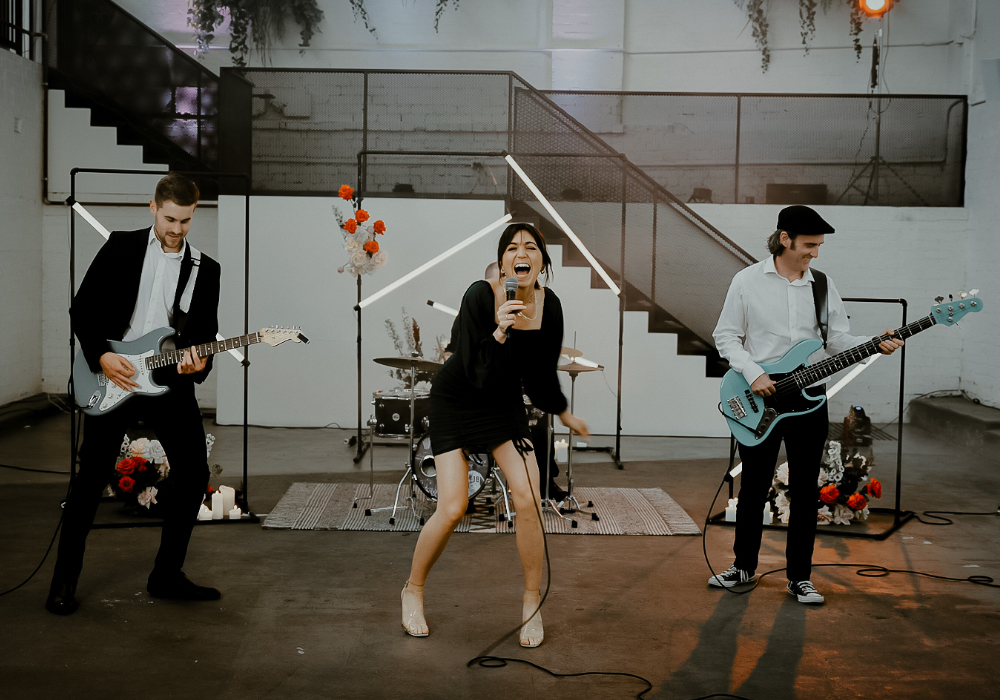 If you’re looking for a band to storm the stage, fill the dance floor and throw everything they have into their performance, then Sigma is your band! This Melbourne-based 3 to 5-piece band are show-stopping, to say the least. Their killer repertoire has something for everyone with modern chart-toppers from Lizzo and The Script, nostalgic 90s from Jamiroquai and Take That and even songs from Bill Withers and The Beatles. Golden rock n roll hits, well-loved Motown numbers, RnB club classics and modern pop anthems – with Sigma, you’ll be dancing non-stop. As well as priding themselves on their extensive catalogue of party-starters, Sigma has a wealth of experience on stage.

Sigma is available as a wedding duo (Braxton) with the ability to reshape into a 3/4/5 piece band. If you’re booking all-day live entertainment, consider Braxton Duo for Ceremony and Band for the reception. The lead singer Kristie, is also part of our DJ Band Outfit, Aura.

For a full-day live music experience, our most popular package for Sigma is:

We’ve curated a bunch of wedding packages for you to choose from, making it super-easy for you to decide!